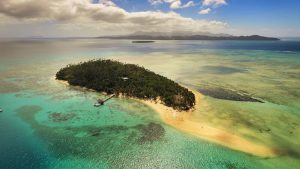 We were lucky to have past volunteer Maya Saint John on our virtual internship this summer. It was great to see a familiar face and fellow Fiji fanatic during these uncertain times!

As well as doing an amazing project on behalf of our partners, Maya was enthusiastic to share some of the things she learnt during her internship through this fascinating blog she wrote inspired by our partners, the Uto ni Yalo Trust.

When I first saw the Uto ni Yalo Trust’s page while scrolling through the virtual internship’s treasure trove of partner organisations, I was immediately taken in by their vision and mission and was certain that I wanted to be part of it.

In essence, The Uto ni Yalo Trust is dedicated to improving marine conservation and sustainable fisheries through the promotion of traditional Pacific voyaging and navigation skills, in particular the re-establishment of wind-powered sailing canoes (camakau) across the Fijian islands. The image of these powerful wooden boats and their presence in recent pop culture (think: Moana) is enough to initially get anyone excited, but the importance of this organisation runs so much deeper than this, especially within today’s increasingly Westernised and changing societies.

Through research and the words of the people involved, the benefits of advocating for traditional knowledge and practices became blindingly apparent as an essential part of the solutions we are all searching for in global fields such as climate change, as well as in local Fijian areas of poaching, reef conservation, economic freedom and so many more. 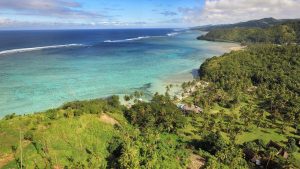 Being Conscious of Westernisation

The concepts of Westernisation and loss of cultural knowledge relate to the idea that places all across the world are (not-so) slowly becoming more similar to European and North American cultures in terms of dress, religion, media, and technology to name a few. 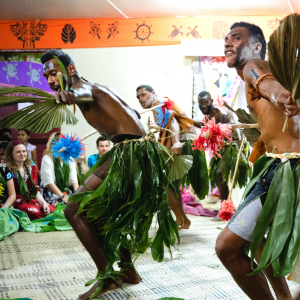 It can be hard to really understand what this means for the state of the world, especially when it is your own way of life that is becoming the new norm, but perhaps the easiest example to use to demonstrate these issues is language.

According to the UNESCO Atlas of the World’s Languages in Danger, there are about 3,000 endangered languages worldwide and every two weeks a language loses its last speaker. Looking to the future, estimates suggest that 50-90% of these languages will be gone in the next 100 years. These are huge statistics and when a language is lost, we lose an immeasurable amount of human wisdom and perspective with it, especially if that language has no formal written system. When a language is lost, all the ways that that community understood the world, all the things they knew about their environment and the innovations they created are lost to the collective pool of human knowledge and that affects us all. The amount of knowledge which has already been lost in this way is inconceivable and the effects that this has had on human progression can never be known.

Now, thankfully the Fijian language is currently in no danger of going anywhere but the same arguments that apply to language extinction also, by default, apply to loss of cultural practices.

For example, the ancient skill of Pacific navigation through stars, currents and bird migration patterns served Islanders well for centuries before Europeans arrived and introduced compasses and gadgets and tried for years to convince the world that Pacific methods were based on nothing more than luck and accidents (see Ben Finney’s, Nainoa Thompson’s and Matahi Whakataka’s modern-day voyages). 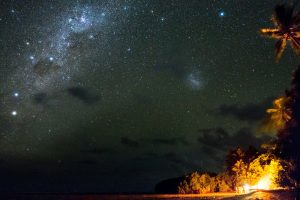 Similarly, the canoes they used were suited perfectly for their environment; the materials were locally sourced and sustainable, the only fuel was wind and muscle power and the flat-bottomed hulls protected the reefs surrounding Fijian islands and other nations, and yet they have largely been replaced by plastic motorboats which are expensive to maintain and harmful to the ocean.

Even today, the use of traditional camakau seem to provide even more benefits for marine conservation and local life; the most obvious benefit relates to the carbon-neutral design which combats the reliance on fossil fuels and global warming but as well as this, the lack of fuel creates economic freedom to local communities who would no longer need to spend their money on petrol and could prioritise more important things.

Concerning marine sustainability, the silence of a sailing canoe proves incredibly useful for catching illegal poachers off-guard as often they run at the sound of approaching engines, and these points are only scratching the surface of what the Uto ni Yalo Trust hopes to achieve through spreading the knowledge of boat-building, sailing and ocean self-sufficiency.

Don’t get me wrong, when I was in Fiji, cruising along on the little motorboats through the clear Fijian waters was one of the highlights of my time there but the negative impacts they have on local economies and the environment far outweigh any sentimentality I could ever feel towards them and I can only imagine how it would feel to glide along on the ocean breeze instead.

Looking to The Past to Find Solutions For The Future…

The solutions laid out are exciting and yet it is not modern innovation which brought them about, but ancient knowledge which used to be the norm. The truth of the matter is (as obvious as it may sound when written out) in almost every instance, local practices are the ones best suited for the environment and lifestyle, and when foreign ways are pushed onto a community, local intellect is degraded, valuable knowledge is lost, the physical environment is damaged and the pool of incredibly diverse human wisdom shrinks to a narrow mantra of ‘this way is the only way’ which couldn’t be further from the truth. 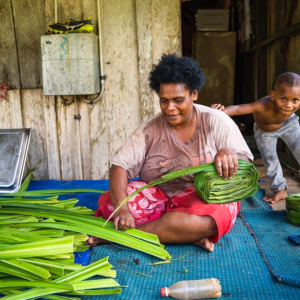 The importance of championing Indigenous crafts, knowledge and teachings and respecting them on the same level as any Western invention has never been more prevalent. Pacific Nations are some of the worst affected by climate change, but they are not the ones who have caused it. It’s high time to start listening to locals, the people who have lived experience of the issues we are trying to fix, both globally and closer to shore, because the solutions are already there and often, they have always been there.

The revival of sustainability cannot come soon enough and in the words of the Uto ni Yalo Trust, we need to start “looking to the past to find solutions for the future.”