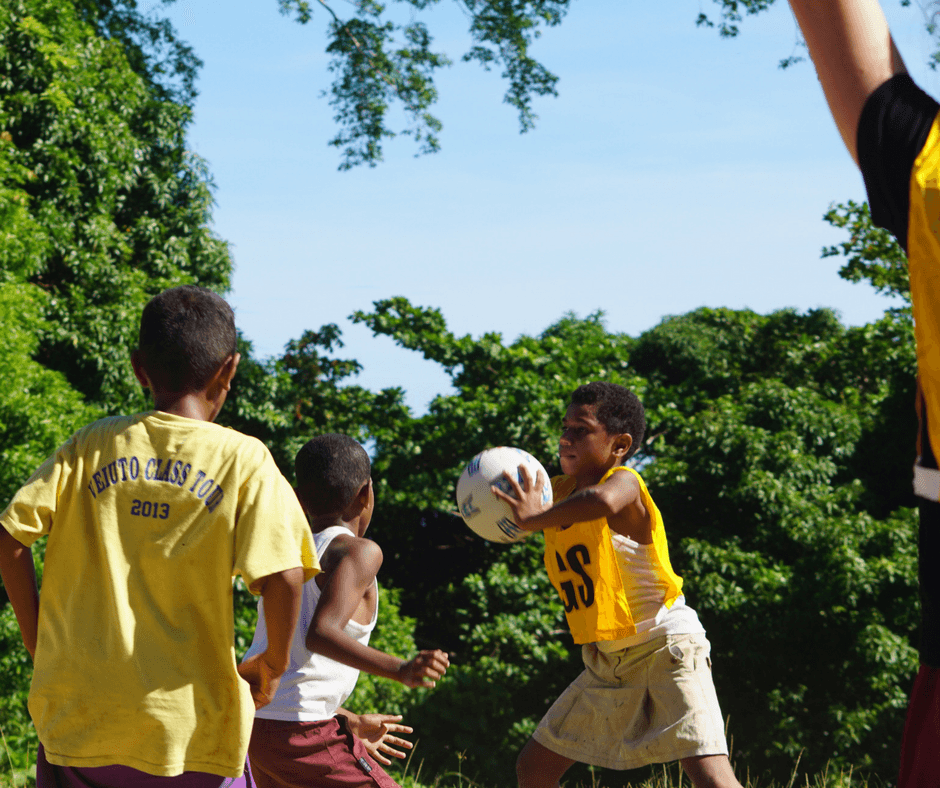 Want to Coach Netball in the Fiji Islands?
Empower the Next Generation of Fijian Sportswomen

Coach Netball in the Fiji Islands

Netball is by far the most popular female sport in Fiji and is played with unfaltering enthusiasm in the rural villages. If you have a passion for netball, then this is your chance to develop your skills and experience, to empower and enhance the skills of the women in the community. Alongside the village youth group, you will lead weekly coaching sessions and be involved in the organisation of inter-community competitions and ‘netball outreaches’ as we take our coaching to even more remote areas of Fiji. If you love playing, then there are lots of opportunities to play alongside your Fijian peers and represent your newly adopted village, this remains a staple highlight for the majority of our netball enthusiasts.

Take The Next Step - Apply Now to Coach Netball
Could You be a Netball Coach in Fiji?
Watch Footage From Our Projects For You

Watch our video and see how you could make a difference through netball and what our volunteers thought of playing and coaching in Fiji. 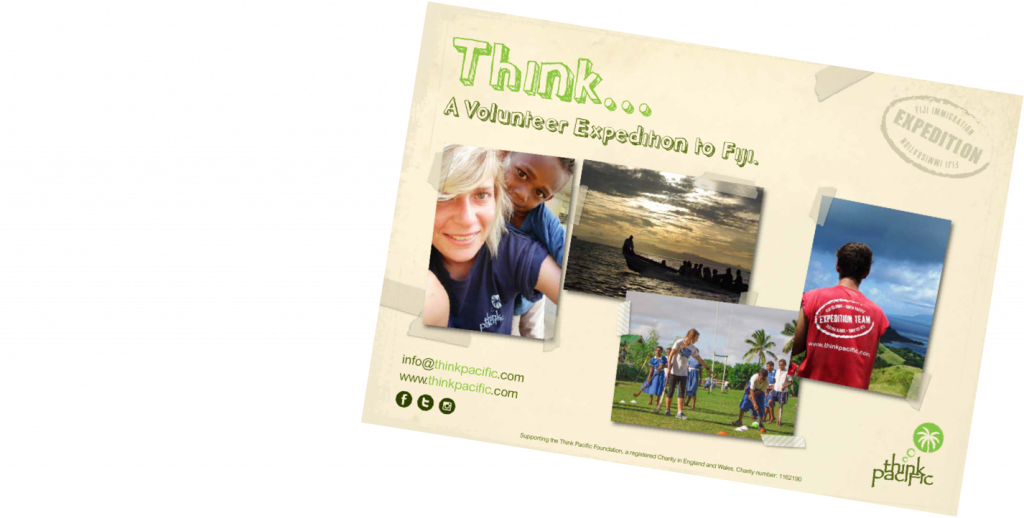 How can you support Netball Development?
In Partnership With the Fiji National Sports Commission and NetGo Fiji
Learn 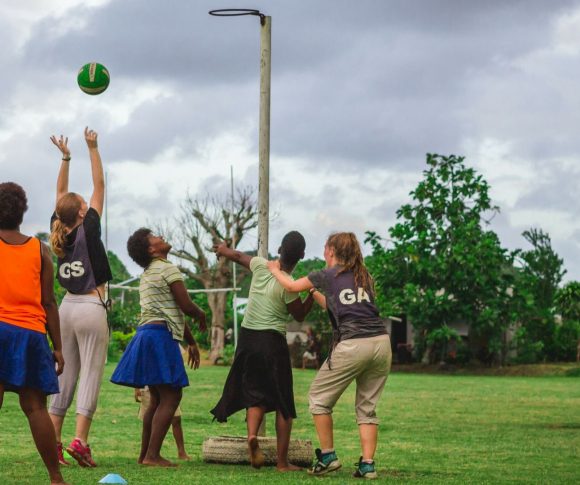 Our projects cultivate a hunger to learn for everyone involved. You will use netball as a tool to engage the community in education and foster messages of team work and health as part of a bigger government program of holistic development 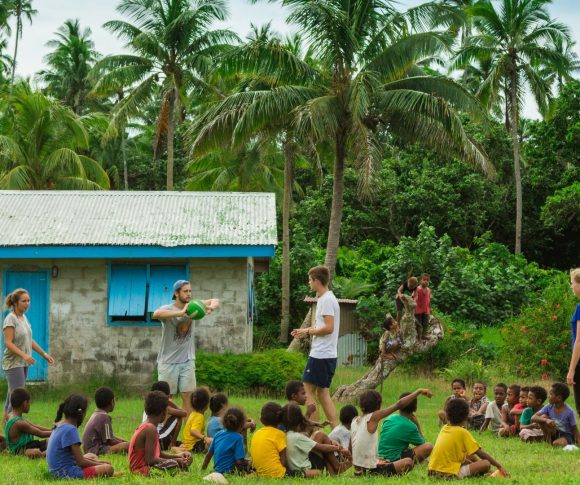 In partnership with the local Youth Group we aim to promote participation for all, in netball and other recreational activities, ensuring that all members of the community receive every opportunity to enrich their lives through a healthy active lifestyle. 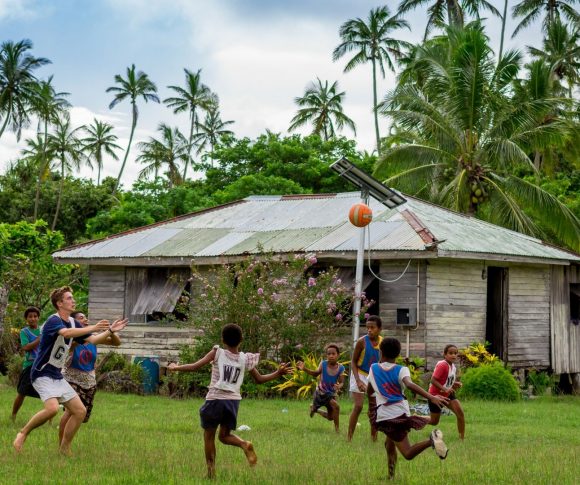 This is so much more than a netball project; our coaching sessions are a method to empower youths within rural communities to reach their potential through their biggest passion. Leave the village knowing that the sense of solidarity between you and the village netball team will be one of the biggest motivators towards the sustainability of the netball program.

I’ve had the best most rewarding 3 weeks of my life with the best group of people I’ve ever met. A massive vinaka vaka levu to both Mari and Aly my team leaders, they’ve both been like mothers/sisters to me. We all love them. It’s been a life changing experience and I’ve appreciated every second. Vinaka! I’ll forever have Fiji in my heart.

From my initial meeting about the potential trip I was already exited. I met some of the most amazing people whilst on project and created bonds that will last a lifetime! Throughout my time in Fiji I learnt so much about myself and developed my confidence, organisational skills and just had an awesome time whilst doing so! I love actually living with a Fijian family and getting an authentic experience on their culture and lifestyle, which is something that you are unlikely to have on a normal tourist holiday! The month away pushed my boundaries and I am so happy and proud that I have completed it with such amazing memories and lifelong stories! I can not recommend this experience enough! Absolutely incredible! If you are ever in doubt just do it! 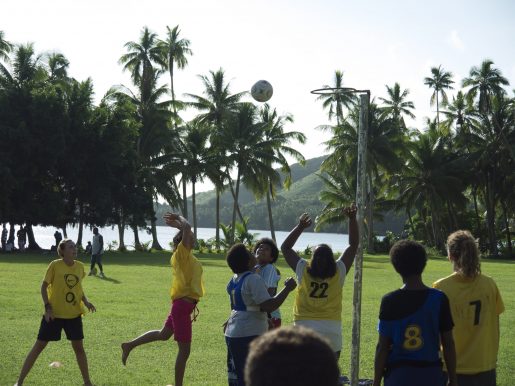 Why is Netball Important?

Netball provides young Fijian women with a real chance to express themselves, instil a sense of empowerment and celebrate their achievements. From coaching beginners, to assisting the more established teams to improve their play,  what ever your own level of netball experience, you will be able to play a key role in the development of netball in the Fiji Islands. The Fijian women really value your time, effort and commitment so it is important maximise your potential by building these strong connections and learning about the challenges which women face around participation in sport.  We’re seeing a huge increase in netball uptake across the rural areas as a result of empowering local youths through this program. Working with the Fiji National Sports Commission and Fijian Ministry Youth and Sport, we’re supporting programmes to use netball as a tool to increase confidence and aspiration of Fijian girls and encourage young women to think about their health, fitness and future opportunities of education and development.

View Our Project Dates and Prices
What Could You Experience Through Netball?
Netball teaches girls and women about the importance of building each other up!
Passion

Work with communities in some of the most rural parts of Fiji, where Netball is by far the most popular female sport and is played with unfaltering enthusiasm. We use netball as a tool to motivate communities around, improving confidence, team work, health, discipline as part of a bigger government program of holistic development.

Never before have you coached and trained in a location as beautiful as Fiji. Travel to the more remote communities and lead netball practices, where resources, access and opportunity to skills training is limited but a love for netball is like nothing you’ve seen before.

The enthusiasm and dedication of the women will leave you astounded. By playing with the women’s teams you’ll form incredibly close bonds with the local villagers. You’ll forever look back on your days spent playing and coaching in Fiji as remarkable.

Representing your village alongside your new teammates will be a memory you will never forget. Through our ‘netball’ outreaches’ we also jump into trucks or outboard motor boats to coach netball in some of the hardest to reach communities.

We take netball coaching to some of the remotest villages of Fiji and working with the NetGo Fiji and the National Sports Commission we spot and nurture undiscovered talent.  Some of the young players we’ve coached have gone from remote jungle villages to playing at the highest level in Fiji, under the wing of Fiji’s national set up.

Many of our volunteers continue to keep in touch with their village team mates and the majority return years later to visit their Fijian village.

Apply Now To Join A Think Pacific Expedition
In Partnership With...

Does Coaching Netball in Rural Fiji Sound Like the Perfect Project for You?
Here's what to do next...
Get the brochure
Apply now
Contact Us
Our 2-month projects are back!! 😎🇫🇯 Our

The beauty of one of our briefing resorts… @fiji

Empowerment… a ‘buzz’ word - but what does i

OUR FIJI PROJECTS ARE BACK!! 🇫🇯 🌴 We are

A very Happy Diwali to everyone in Fiji and across

COP26 is just around the corner - world leaders wi